Back in 2009, when I was taking a graduate class my husband always made us dinner on Tuesday nights.  For some reason, Winter 2009 was our stir fry obsession time.  We ate it A LOT. So much that earlier this month when I made this, I couldn't even begin to tell you the last time we made it for dinner.  Probably 2009. I, however, was wanting some fried rice so I decided it was time to re-visit chicken stir fry.

First, I cut up 4 chicken tenders (I bought a large bag at Meijer awhile ago), and cooked them in EVOO and soy sauce. 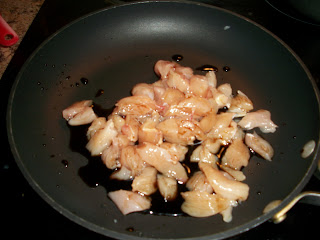 I then made brown rice according to the package.  I put it in a bowl and chilled it in the fridge while I got other stuff going. 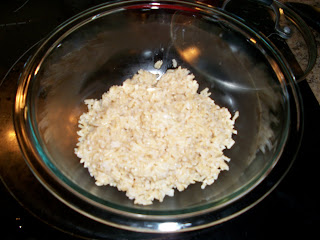 I then took 2 eggs and beat them together in a bowl.  Then in a pan I cooked the egg with some red onion.  Then I put it off to the side. 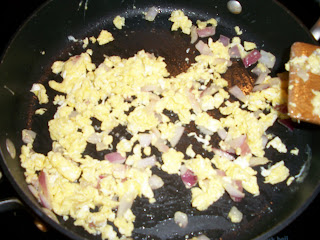 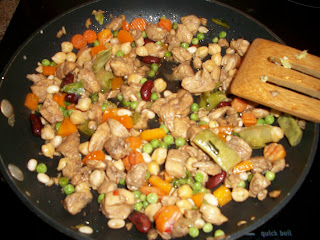 I got the cold rice from the fridge and warmed it up with some evoo in the bottom and added some peas into the mix.  Then I added the egg. 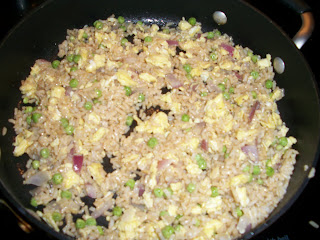 Then we put rice in the bowl and the chicken/veggies on top. 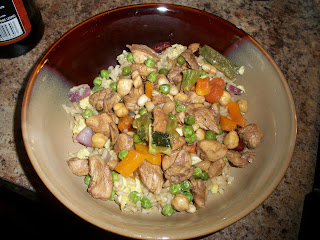 Nom Nom Nom.. It was good.  I liked the rice, but the veggies from the freezer were not my style so that was a sad.

Mine is crab rangoons!!!
Posted by The Many Thoughts of a Reader at Tuesday, August 30, 2011