We have been spending a lot of time outside and I am hopeful we continue this trend for the next 7 months! 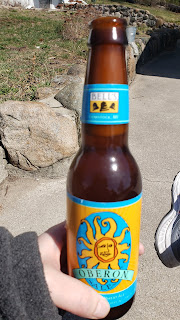 Reading:     The House in the Cerulean Sea by TJ Klune 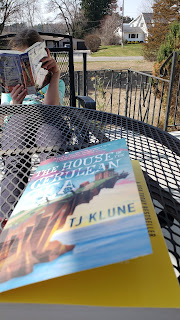 Loving: that my parents are home from Florida, I'm weeks away from my second vaccine and summer/camping trips are almost here.

Feeling: optimistic and pessimistic. our covid numbers are out of control again and we are just sooo close to being fully vaccinated and school has been going so well.

Anticipating: we are having my husbands siblings over for camping in our yard/ Kentucky Derby party in a few weeks.  It should be a blast.

Struggling: with re-entering society.  trying to decide what is do able and what we shouldn't do.  and trying to keep the 9 year old covid free until she can get vaccinated.
Grateful: that my parents are home and can be my people again.

Working: on trying to decide what we need in the camper and meal plans and easy to maintain systems for the camper.
Listening: to podcasts but not as many recently since the oldest has been home for spring break.
Watching: lots of murder shows ha. 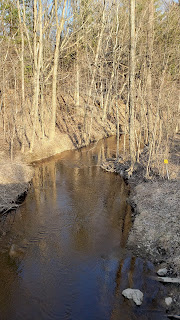 Wishing: that our dams will be repaired and the lakes will return and our community will continue rebuilding and it won't turn to a complete disaster and my parents wont be charged 3423423434 in taxes to fix others mistakes.
What are you reading/listening/watching?
Posted by The Many Thoughts of a Reader at Tuesday, April 06, 2021 No comments:

What I read in March

I've gone slightly silent again here and that is partly do to changing nap patterns and utilizing my time differently.  We are now in a good routine of a 3 hour nap if we don't have to do a school pick up and at least 2 / 2/1/2 hour if we do.  So in that time frame I have to do all the things I can't do when she's awake so most days that looks like clothes folding, meal prep, working out, and some cleaning.  And usually a tv show and some phone scrolling.  Sometimes reading and most times I don't make time to grab my lap top and I am tireeeeeed at night time.  I mainly can manage phone scrolling and sometimes not even reading cuz it puts me to sleep!

In 2021, I've read nine books each month.  That's pretty consist! I have noticed it seems to either take me 24 hours to read a book or an entire week.  There doesn't seem to be an in between.  Whoops. 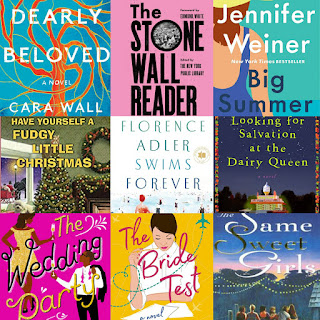 I LOOOOVED The Dearly Beloved by Cara Wall.  It was just a beautiful book and I recommended it to practically everyone while I was reading it and as I finished it. 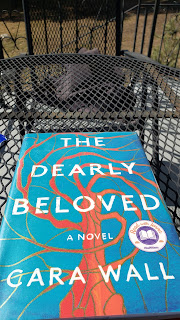 I was kind of disappointed by The Stonewall Reader.  Some essays were really good, and some just dragged.  The real personal essays connected better than some that were more focused on gay history in general.

The Same Sweet Girls by Cassandra King was suggested by goodreads as a book others had enjoyed that loved Saving CeeCee Honeycutt.  I LOVED that book, so I've been slowly reading the books that goodreads have suggested.  This was a good book about a group of friends who et in college and get together at least twice a year.  They have a ton of inside jokes and rituals and a boat load of secrets from each other.  It was a nice read.

The Bride Test is the follow up to The Kiss Quotient and it was just as engaging.  Khai's mom finds a woman from Vietnam to come to America to be his wife.  Khai has autism and most decidedly does NOT want a wife.  He definitely doesn't want one messing up his house and routines and can't be bothered.  He doesn't think he can love or feel for people and just wants his routine.  This is just a funny book with great characters and I love the series so far.

Big Summer by Jennifer Weiner had a ton of potential and then just didn't hit it like I thought it could.  I think the characters acting like amateur detectives was the part I didn't like.  It just wasn't written well.  And I hadn't read her books in years until Mrs. Everything and that was SOOOOO good that I was excited about Big Summer ( plus sized instagram influencer in her ex best friends wedding ) but that part of the story line just didn't do it for me.  Good book, but I felt it could have been better.  But heck, I can't write like!

Florence Adler Swims Forever was a really good book.  But it was so gosh darn sad.  I liked it but I can't really do super sad right now.

Looking for Salvation at the Dairy Queen was another goodreads suggestion and it didn't disappoint either! I really liked it too.  It's set in 1970s Georgia and the main character spends her childhood eating dilly bars at the Dairy Queen dreaming of her life in the big city of Atlanta.  If you enjoyed Saving CeeCee Honeycutt, I'd recommend this one.

The Wedding Party is the third book of Jasmine Guillory's Wedding Date series.  LOVE the series, cracks me up and I'm always flying through the pages.  Highly recommend.  I'm trying to give myself a book a month from this series to stretch it out a bit for myself!

Have Yourself a Fudgy Christmas is anothe
r Candy Coated series book set on Mackinac Island.  I love the series and will probably read it as long as it continues!

Did anything you read in March stand out? 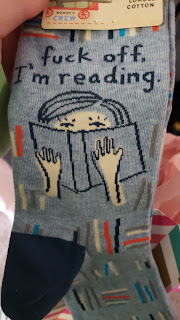 a bday present from a friend ha!

Posted by The Many Thoughts of a Reader at Monday, April 05, 2021 No comments: