I've been thinking about making smoothies again lately since I lived on them in September/October but for some reason I just couldn't get motivated. Then I started thinking about ice cream and decided hmmmm... maybe I could make a 'smoothie' with ice cream. Okay, yeah we know those are called milkshakes but I mean with fruit it makes it all better, right?? ;) Introducing my Kiwi/Banana/Strawberry Milkshake Ingredients 1 kiwi 3 strawberries (all i had) half-banana (already had one cut up from earlier) 1/2 cup milk 1 heaping cup of ice cream 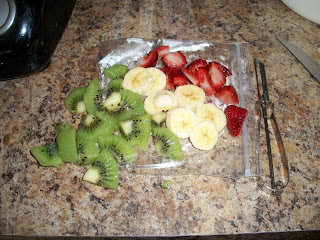 First, I cut up all the fruit and this is what I got. If I wasn't just using up ingredients I would have used lots more strawberries and probably a whole banana to thicken it up a bit more, but a half was also fine. 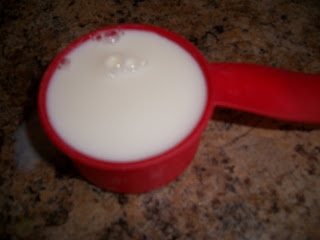 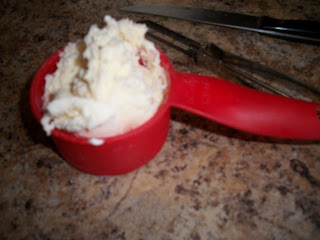 Yeah, this is a 1/2 cup but I put two of these in the blender. Wasn't about to get out the cup when I already was using the half-cup! 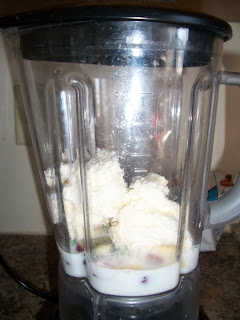 I put the fruit, the milk and the ice cream in the blender and... 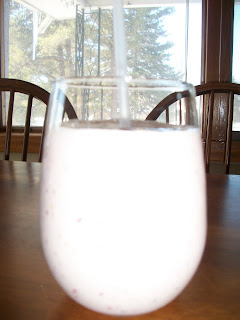 Tada!!! Yummmmm. It was really good. I wouldn't recommend using more than 1 kiwi because it was the perfect tart extra, but more than that might make it a tad weird. As it was, the black spots from the kiwi kinda looked odd in the milkshake haha. Also, depending on how thick you like your milkshakes you might want to use less milk. I think I would cut it to maybe a 1/4 cup to make it thicker.

What are your favorite fruits to mix with ice cream?
Posted by The Many Thoughts of a Reader at Thursday, March 31, 2011