I visited the Henry Ford Museum last month and had a blast! I was a chaperone so I didn't get to enjoy it as much as I wanted, nor did I get to see everything, but I saw enough to want to go back and to shout from the rooftops how much the museum rocks. 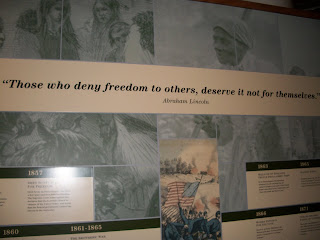 love this quote! (from the Liberty and Justice for all exhbit!) 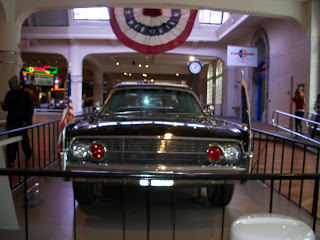 the front view of JFK's limo 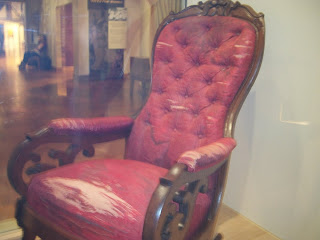 the blood stain just gets me.. LINCOLN SAT IN THAT CHAIR THAT IS HIS BLOOD.. oh my gosh my inner nerd is still gushing about this 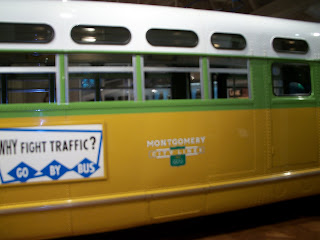 the bus Rosa Parks made famous and I SAT ON IT!!!!!!! ahhh... serious i was in history nerd heaven!

I think my favorite exhibit was the For Liberty and Justice for all. So moving and informative. I'm only sad I was with kids who didn't fully appreciate everything we were seeing and could only catch glances at some things myself. It's amazing to think how far women's rights have come in the last 100 years and how thankful I am to those women who came before me. Also, how sad that it took us until 2007 to have the first Woman Speaker of the House and until 2008 to have an African-American president. Heck, we still haven't had a female president! Let's get on it America! 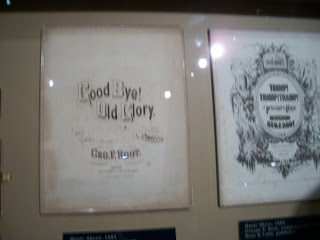 i mainly took this picture of an old song book because it made me think of my sweet grandma who would have loved this museum as much as I did.. this was near the Lincoln chair 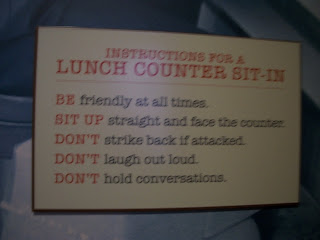 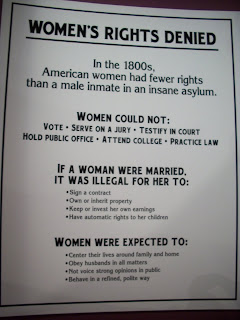 even more powerful.. feminist me would not have survived!

I also really liked the Made in America Exhibit but could have spent more time reading up on more interesting tidbits! It was fun to read about the different generations and what came about during each one.
I also thought seeing the Presidential Limousines was pretty neat! Teddy Roosevelt's was pretty sweet and totally made me imagine a tree lined dirt road and being driven by horses, but not as sweet as seeing JFK's. It really shows how much technology and safety measures have increased through the years.
Sadly, I completely missed the Heroes of the Sky exhibit, but we just ran out of time! We also didn't get to see the special George Washington Carver exhibit they had either.
The only thing I could have skipped was the Dymaxion House. Pretty lame and not worth our limited time in my opinion.
Basically, if you are in the Detroit area you should check it out! It was sweet. But don't bother going to PizzaPapalis they were rude, pizza sucked and not worth it!
(all adoring and non-adoring opinions are that of my own, paid by none..)
Posted by The Many Thoughts of a Reader at Monday, February 07, 2011