The Weight of Water - Discussion #3

Like the first two discussions, be prepared for spoilers. This discussion is over pgs. 135-191.


Maren and John settle into Smuttynose and she hates it. They take on a boarder, Louis Wagner, who seems to be a bit odd and creepy. Her sister Karen moves to America and is a reaaaaaaaaal peach. And John's brother also moves in with them. Karen and Maren have the weirdest relationship ever with neither of them ever really being just nice. There is always some kind of manipulation going on. Karen, keeps from Maren the fact that their brother is coming to America and.. dun dun dun.... MARRIED! Maren is jealous of just about everyone and Louis gets weirder.


What is up with Maren and harping on everybody's teeth???

It seems Maren really does not want her sister to be happy after how Karen treated her and that she blows off Louis liking her sister because she wants his attention to herself, even though she finds him slightly creepy. She can't seem to handle competition.

"She made some effort to ix her face, but this effort was largely unsuccessful in the way that trying to reshape a molder bit of rubber will be futile enterprise, as the elasticity of the rubber itself will cause the object immediately to resume its original shape." - pg. 158 ( ouch. what a thing to say about your sister, ESPECIALLY YOUR DEAD MURDERED SISTER) 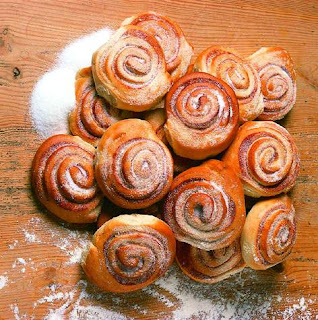 "We have periods when I think our coming together was a kind of accident, that we're wedding because of a string of facts. And then maybe the next day, or even that night, Thomas and I will be so close I won't be able to remember the words to a fight we had two hours earlier. The fact of the fight, the concept of an accident, will be gone -- it won't even seem plausible." pg. 166 (I can totally relate... we can fight like cats and dogs and be better in like 2 seconds.. it is quite strange.. you can be so angry and then move on..)

Yikes, Jean hitting on her brother-in-law is surprising. Do you think she honestly liked him or did it to hurt Thomas? Would just anyone have worked if they were present?

I found Maren's testimony was quite confusing. Between the broken English and the jumping around it was kind of hard to follow.

1. The Weight of Water is concerned with the subject of jealousy and its consequences. Discuss this theme as it emerges in the exchanges between Jean and Maren and their families.

2. How does Anethe's arrival on the scene affect this relationship? (Maren & Evan's)

Okay, the comment section should allow everyone to comment and add on to each other. Here's to hoping it works. If you want to add any of your questions/thoughts/words you looked up do so in the comments. If you want to submit any before next week's Discussion on (pgs. 192- end over all novel thoughts ) email them before Thursday night.
Discussion 1 , Discussion 2

don't forget to vote on february's group read! poll is up on the sidebar..
Posted by The Many Thoughts of a Reader at Friday, January 21, 2011