Could claim victory over my BUCKEYES!!!!!!!!!!!!! GO BUCKS!!!! 6 YEARS OF VICTORY! I am definitely enjoying smelling the roses as the OUT RIGHT BIG TEN CHAMPIONS!!! 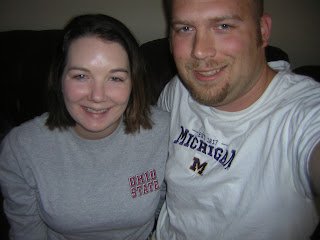 THE GAME photo 2009 enjoying the game in our living room 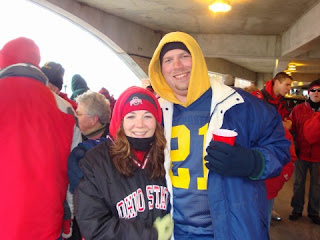 THE game photo 2008 tailgating in Columbus 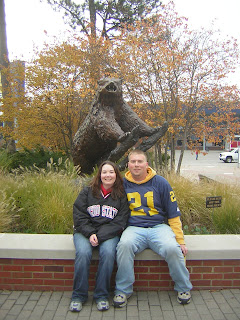 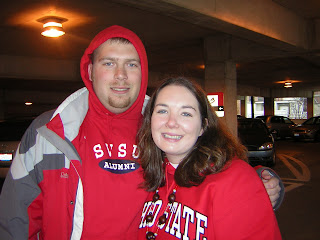 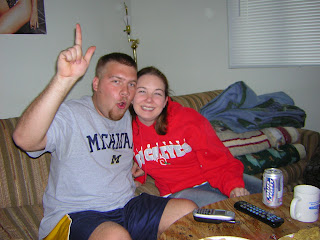 We started dating in 2003 but I was still away at school so we did not watch the 2003 game together. Also known as the last time MEEEECHIGAN beat Ohio State.

Posted by The Many Thoughts of a Reader at Saturday, November 21, 2009

Email ThisBlogThis!Share to TwitterShare to FacebookShare to Pinterest
Labels: buckeyes

Go Bucks! I love your yearly photos :) It has been a very good run.
Even a ataunch Buckeyefan like myself felt bad for Forcier on that last, his fifth, interception. Yikes!
Rose Bowl bound :)

Haha, love the pics, you are guys are so adorable! I'm so glad that my fiance and I like the same teams, I am not good with competition haha