Last week in the middle of my quest to empty out the cupboards/fridge/freezer I found oodles of cans of cream of chicken and a bag of frozen meatballs. Google and a family reunion reminded me of yummy meatball goodness with cream of mushroom sauce. But, I improvised. 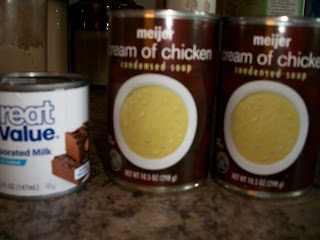 I used 2 cans of cream of chicken and 1 can of evaporated milk as the base of my sauce. I would most definitely want to use cream of mushroom next time because I think the cream of chicken was a bit too sweet for what I was looking for. 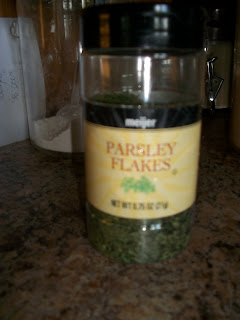 I also used generous helpings of parsley. I want to say the parsley is from our garden and in this container because we had one empty. Not totally positive but I do know that we are growing parsley and that the parsley in that container isn't the parsley that came with the container. Confusing? Maybe haha.. 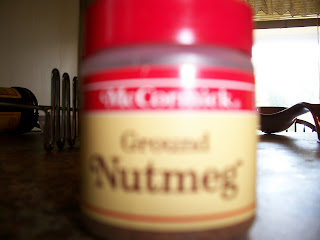 I also probably used too much nutmeg. Confession: I do not measure spices. My husband hates that I don't, so I tend not to cook when he is around. I just dash and sprinkle and taste test! 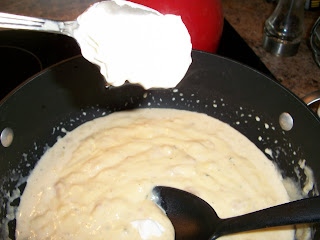 So I threw all of those ingredients already shown and put it on the stove top on medium heat. The white glob? Sour cream. Next time I would probably use more sour cream (possibly a 1/2 cup.) I let it heat up. 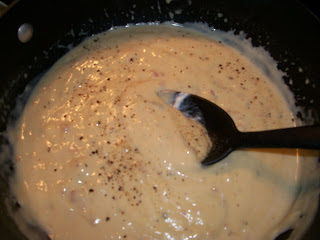 And added salt and pepper. I would probably enjoy more pepper. I love pepper. 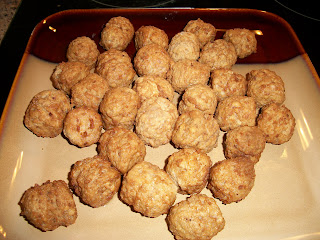 Here are the meatballs. I was lazy. So I totally warmed them up in the microwave. I like these soo much better than trying to make my own. My husband would totally make his own. But I really like the taste of these and they are just a random Meijer brand bag of frozen meatballs! 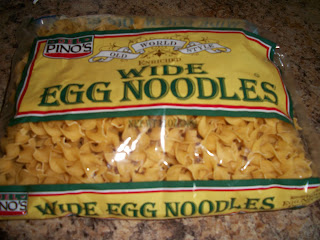 I had these egg noodles that I've wanted to eat for awhile so I thought these would go perfectly with the meatballs. I probably used about half the bag and it was enough with the meatballs for around 4-6-8 servings depending on how hungry you are. 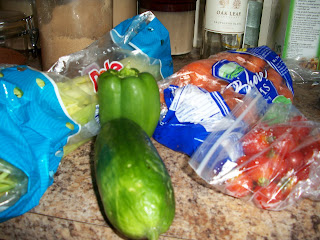 Here are the veggies to cut up for the salad. Cuc and green pepper from my dad's garden, tomatoes from our garden and celery and carrots from the store. 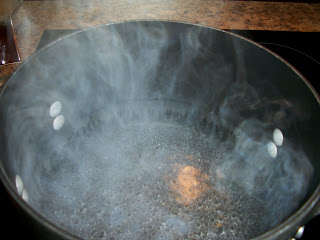 Picture of the boiling water for the egg noodles. 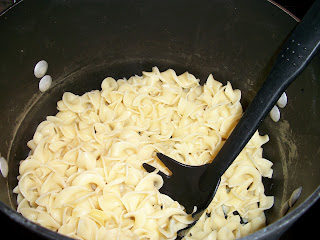 Oh and then magically the egg noodles are done hahaha. I would say they took about the same amount of time or less than cooking spaghetti noodles. And I think they are yummier. 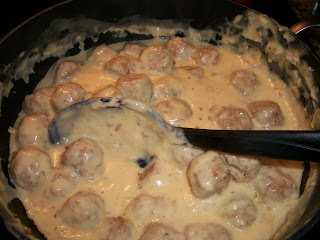 Here are the meatballs/sauce that I probably had on the stove together between 20-30 minutes on low. It just pretty much just sat there while I waited for the hubby to get home from work. But could be done in about 10 minutes cuz everything is warm already. 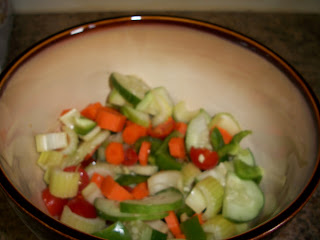 Here is the yummy veggie salad. I layered it with the different veggies and it was fab. I like just eating veggies without lettuce/spinach now and then. 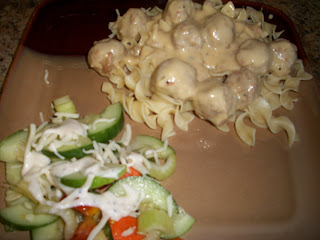 And a picture of the plate. I used the parm cheese dressing and ate the meatballs.
Verdict = It was pretty darn good but I would definitely use cream of mushroom because it was too sweet and I think the cream of chicken was the reason!
What is your favorite way to make meatballs??
Posted by The Many Thoughts of a Reader at Tuesday, August 03, 2010

I love when you share your recipes. All of your picture are so helpful and make me want to go see what's in my pantry!