The Apprentice is the 2nd installment in the griping and crudely detailed Rizzoli & Isles series. I like thrillers and I like things realistic and this series takes care of both of those requirements. Gerritsen knows the medical terminology to gross you out and make you appalled and the police work isn't solved 'magically' like some 'thrillers & mysteries' I have encountered.


The book starts us out back in the sweaty heat of Boston in the summer. Rizzoli is faced with a killer that immediately reminds her of last summers gruesome murders committed by Warren Hoyt who is wasting away in prison. At first, she is told no it couldn't be, you need to focus on this and nobody wants to accept that the killings have returned and Boston is once again faced with a serial killer.

Enter the FBI and sexy agent Dean. (I am a sucker for FBI agents in books with the 'tall dark and handsome' description.) He shows up on a scene and suddenly Rizzoli feels validated that something is up and pissed off that he won't share anything he knows. Forced to work with him, Rizzoli slowly builds some trust and finds herself attracted to him.

The police come up with a new name for their new killer, the Dominator, because he likes to surprise couples instead of single women. He likes to make the male watch as he dominates his woman in front of him. While trying to figure out who this new killer is, they are faced with a twist, Warren Hoyt has escaped from prison.

Rizzoli once again faces herself off against her male counterparts. She shows no weakness, asks no favors and always pushes herself even when a male counterpart would probably take a break. She has something to prove even if it is only to prove it to herself. I find her character very intriguing because she does grow as a character but fights it the whole way. Very realistic and very much what I think a female detective would face in a male dominated field. She reminds me of Benson from SVU. I also am glad I have seen a few episodes of the tv show cuz I can definitely picture Angie Harmon as Rizzoli. And can I just squeee about how much I love Angie Harmon? She's hot and damn I love her in everything I have watched her in! Including the sadly short lived Women's Murder Club Series whose books I also enjoy reading!

This is the first book that we are introduced to Dr. Maura Isles and the one part of watching the shows first makes it hard to accept the book version of her. The tv show definitely makes her more alive and that's what I picture, but the books haven't really brought her out to life, much more focused on Rizzoli, perhaps the other books delve more into her life. I did think that it seems like Dr. Isles was a last minute add in after the series sprung to life. She just kind of enters into this book instead of being introduced in the first book. That would probably be one of my only complaints about the character development.

I am already thinking about going to the library today to pick up the third book if it is available. I keep shelving the other two books I am reading to keep up with my new love of this series. The books that are suffering? The House of Mirth by Edith Wharton and Glass by Ellen Hopkins. Both books that would probably hold my attention more if it wasn't for the fact that I WANT/NEED to know what is happening in this series. It's like a drug.

You all need to pick it up!

Oh and a piece of the past.. 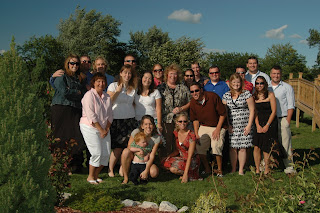 Posted by The Many Thoughts of a Reader at Tuesday, August 17, 2010

I haven't started this series yet, but do like the tv show.