What I Read in August

I had another strong reading month in August with 11 books read.  I am fully expecting this number to drop a bit in the next few months, but then again I also read a ton in the early months of newborn Isla.  However, I will now have 2 children and some more responsibilities, but the hours of breastfeeding lend to great reading time! 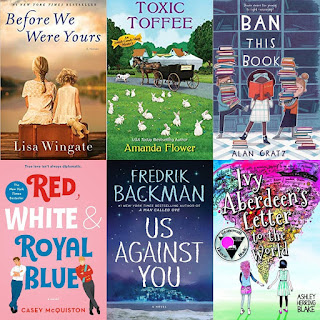 Front Desk by Kelly Yang was so so so good! It is about a young girl who has come to America with her family from China.  It’s really hard for her parents to find good jobs and they find a listing to manage a motel that sounds too good to be true, which it is.  Mia struggles with fitting into a new school and country.  She wants to be a writer but her mother tries to discourage her language arts abilities and push her towards mathematics.  This is just a great story about racism, discrimination, perseverance, and people helping people.
The Truth About Forever by Sarah Dessen was a quick read about Maci, whose boyfriend is gone for the summer and she is slated to take over his duties as a reference librarian at a local library.  Her dad passed away in the recent past and it’s been hard for her to figure out herself and her interests since then.   She jumped into Jason’s (her boyfriend) interest and now that he is gone, she has a wide open summer to explore some new interests on her own.  She also experiences a parental conflict because of the paths she wants to follow vs what her mom wants of her.

On the Come Up by Angie Thomas is a must read! She is the author of The Hate U Give, which I shockingly haven’t read yet, but keep looking out for at my library! I talked about this book in another post last month, so I will just leave the description from goodreads here..

“Sixteen-year-old Bri wants to be one of the greatest rappers of all time. Or at least make it out of her neighborhood one day. As the daughter of an underground rap legend who died before he hit big, Bri’s got big shoes to fill. But now that her mom has unexpectedly lost her job, food banks and shutoff notices are as much a part of Bri’s life as beats and rhymes. With bills piling up and homelessness staring her family down, Bri no longer just wants to make it—she has to make it. On the Come Up is Angie Thomas’s homage to hip-hop, the art that sparked her passion for storytelling and continues to inspire her to this day. It is the story of fighting for your dreams, even as the odds are stacked against you; of the struggle to become who you are and not who everyone expects you to be; and of the desperate realities of poor and working-class black families.”

Ivy Aberdeen’s Letter to the World by Ashley Herring Blake is also a must read! Ivy Aberdeen’s life is turned upside down one night when a tornado completey takes out her family’s house.  She is able to save her pillow and her notebook, that has pictures she’s spent hours drawing.  Pictures that include two girls holding hands among other pictures of two girls.  However, at the shelter she is in after the storm her notebook goes missing.  Then someone starts leaving her pictures in her locker to find.  Who knows her secret??? This is a great book about finding yourself and taking risks.

The Queen of the Big Time by Adriana Trigiani follows a young Italian girl who busts through stereotypes and lives a more feminist life than what her parents plan and predict for her.  It follows through her life from 8th grade until death.  It was a quick read and got you involved in the whole family/town history.

The Midwife of Hope River by Patricia Harman is about a midwife who is actually running from the law and practicing/living under an assumed name.  She invites a young black girl to live with her, which in 1930s West Virginia is not a safe thing to do.  The book follows a year in her life as she serves the community and worries about her identity being found out.  I liked how it included real history into the fictionalized story.

Before We Were Yours by Lisa Wingate was really good as well.  It is based on Georgia Tann’s despicable practice of stealing poor riverboat children from their parents and selling them to rich parents who want kids.

This is what goodreads says about it.. “Memphis, 1939. Twelve-year-old Rill Foss and her four younger siblings live a magical life aboard their family’s Mississippi River shantyboat. But when their father must rush their mother to the hospital one stormy night, Rill is left in charge—until strangers arrive in force. Wrenched from all that is familiar and thrown into a Tennessee Children’s Home Society orphanage, the Foss children are assured that they will soon be returned to their parents—but they quickly realize the dark truth. At the mercy of the facility’s cruel director, Rill fights to keep her sisters and brother together in a world of danger and uncertainty. Aiken, South Carolina, present day. Born into wealth and privilege, Avery Stafford seems to have it all: a successful career as a federal prosecutor, a handsome fiancé, and a lavish wedding on the horizon. But when Avery returns home to help her father weather a health crisis, a chance encounter leaves her with uncomfortable questions and compels her to take a journey through her family’s long-hidden history, on a path that will ultimately lead either to devastation or to redemption.”

Toxic Toffee by Amanda Flower is the latest Amish Candy Shop mystery.  It was quick fun read and this is a series I think I will go back to when I want a quick fun read.

Red, White, and Royal Blue by Casey McQuiston was a bit disappointing.  There was some pronoun mishaps, time zone mistakes and just other things that annoyed me and took me away from the plot.  It’s a cute romance between the First Son and the Prince of Wales, but it was a bit too long and I rolled my eyes a bit much at it.

Us Against You by Fredrik Backman was also a letdown.  It is the follow up to Beartown which I loved.  It tried to cover far too many topics.  It had good intentions, but just fell flat. 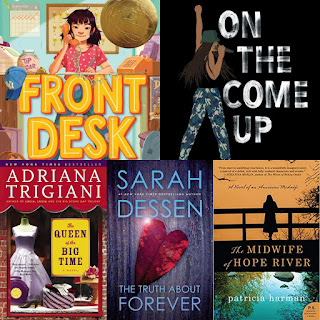 What books did you read in August? What book are you recommending to everyone? How is your goal for 2019 going?

Posted by The Many Thoughts of a Reader at Friday, September 06, 2019