This is my second installment of  Five Bookish Things I'm Loving.  The first one can be found here.

1. I read this article about giving a book instead of a card for a kid's birthday.  I do this frequently for baby showers.  And a book is usually part of every kid's gift I already give.  I might as well just utilize the book as the card. :)  For the most part I have my 8 year old artist make the cards around here, but I really like this idea of personalizing a card for every birthday.

2. I love Mighty Girls.  I follow them on facebook and I have found out many historical facts about women that I didn't know before and have gotten introduced to a ton of books/games/toys that I wouldn't have stumbled upon without their assistance.

The article 100 Mighty Girl Books for Tween's Summer Reading List, had a lot of good books!

A Dash of Trouble by Anne Meriano is the first in a newish series that looks like something I'd want to check out!

"Leonora's mother, aunt, and older sisters run the best bakery in Rose Hill, Texas, and Leonora wants to help prepare for Dia de los Muertos — but once again, they tell her she's too young. One day, when Leo sneaks down to the bakery, she learns why: they are all brujas, witches of Mexican ancestry, and they bake a little delicious magic into every bite! Leo's sure she's old enough to learn magic too, so when her best friend has a problem, she decides to dig into the family recipe book. But Leo doesn't read Spanish, so deciphering the recipes isn't easy... and when things go awry, Leo learns that her family will support her but she has to fix her own mistakes! This charming story effortlessly weaves together Mexican, Texan, and American cultures and adds a dash of mystery and magic to delightful effect."

One Crazy Summer by Rita Williams-Garcia is on my shelf and I'm hoping to do a read aloud with my kiddo this summer, or read it by myself!

"Delphine may only be eleven, but she's used to caring for her sisters, Vonetta and Fern, since her mother left seven years ago for California. But the summer of 1968 is going to be different: their father is sending all three girls to visit Cecile in Oakland. They're expecting family trips to Disneyland to meet Tinkerbell; instead, Cecile sends them to youth programs at a Black Panther center and tells them to stay out as long as they can while she writes her poetry. They may not be getting the maternal experience they expected, but over one crazy summer, they'll learn a lot about their family, their country, and themselves. " 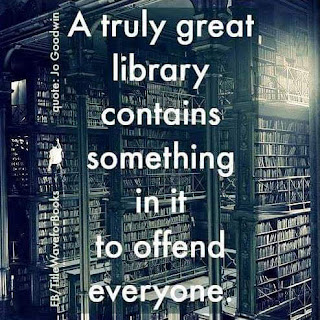 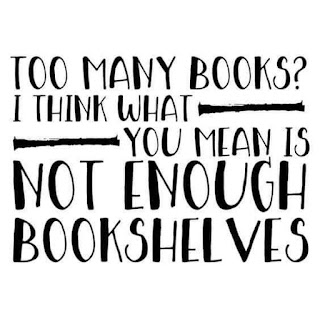 I feel this problem in my soul!!! I love having books all around me.

5. I finished my reading goal in July!!! So this is the second year where I finished my goal months ahead of schedule.  So perhaps I need to increase my goal.  However, I've also had many years where things have come up and I have not made it.  So maybe until I can verify what reading with two children will be like I shall keep my 52 books in a year goal! 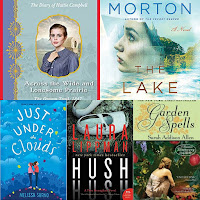 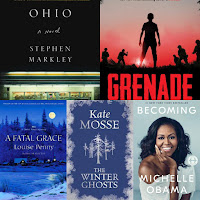 My favorites from January were Becoming by Michelle Obama and Ohio by Stephen Markley. 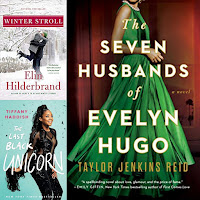 February's favorite was The Seven Husbands of Evelyn Hugo! 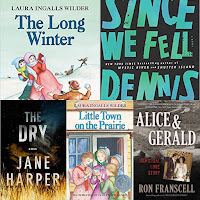 March's favorite was The Dry by Jane Harper. 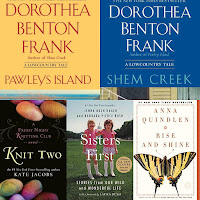 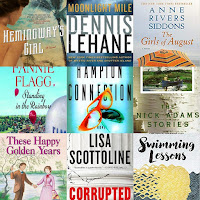 May's favorite was The Nick Adam's Stories by Hemingway. 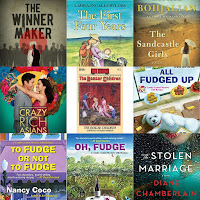 So far in July I've read 9 books and my current favorite is The Mother in Law by Sally Hepworth,

If I was to pick out of these 52 which to recommend off the top of my head I would say Becoming, Ohio, The Seven Husbands of Evelyn Hugo, The Dry, The Nick Adams Stories, and The Mother-in-Law.

What bookish things are you loving right now?