Things I Learned Road Tripping with a Two Year Old

First, I did not mean to have such a long blog absence but the ONLY downfall on our wonderful vacation was that the Internet sucked.  Wah, wah, wah, right? So, I had planned on updating throughout on my husband's laptop but it just sucked so I stuck to quick fb/instagram photo updates throughout the week.

Vacation was wonderful.  Road tripping with a two year old was actually better than I had hoped for, but to be honest, I didn't put tooo much thought into it because if it was a failure it was just too awful to think about.  We did have tantrums, we did have some screams, but for the most part it worked.

- She will watch Daniel tiger's neighborbood for days on a repeat silently.. with no volume.  If you dare to close the DVD player when she was sleeping and/or not watching she will immediately wake up and scream for more Daniel.

- Holding out on the tablet for the very last day of driving is the best idea ever.  My child who never plays with our kindle fire at home played a Thomas game for 6 freaking hours yesterday until the battery died and of course she screamed but we were 20 minutes from home.  I'm a genius.

- You know you've been in the car too long when your husband says, 'The garmin is punishing us by adding more minutes on, " when I took a different quicker route.

- I am going to be VERY sad when my XM radio free trial is over.  We used that all the way down! Good music the whole time.  I love The Highway!

- I would drive through Alabama for days instead of driving through Indiana again.

- Having mini activity bags and pulling them out sparingly is the best idea ever.

- When in doubt, offer a snack.  My kid may have eaten more snacks than ever and learned how to ask for juice.  She finally was introduced to real juice as opposed to watered down Gatorade.  We then stressed that on vacation we get treats. 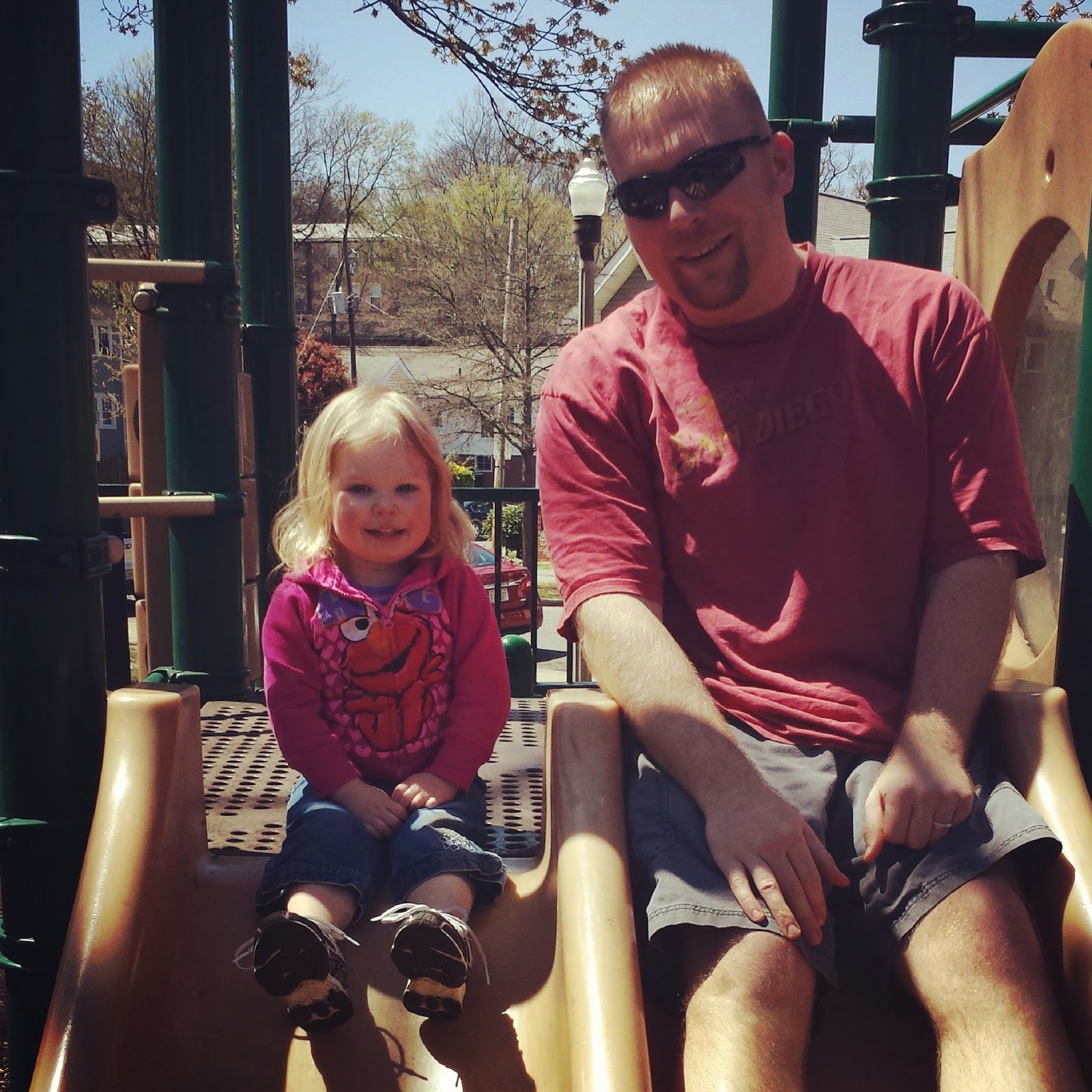 - Potty training 2 year olds will learn that mommy and daddy will stop the car if you shout, OW OW OW and say you have to pee.  Mommy and Daddy will become very frustrated when you do this every hour and then proceed to NOT pee.

- Potty training 2 year olds are very embarrassing to be around.  MAMA TOOT.  I-YA PEE! Was heard more times than I care to share.  At least I managed to keep her from opening the door on me.  Also? I witnessed some freaking disgusting bathrooms in Alabama and Tennessee.  My favorite stops by far were McDonalds.  I think my kid thinks they are made for running and peeing since we did that in multiple McDonalds in multiple states.  And we bought her apple slices from them.

- Two year olds do not understand being quiet in hotel rooms.  Sorry people in Tennessee who got to hear an epic tantrum at 8 am.  And sorry for people in Indiana who heard one at midnight, along with fake laughter because midnight pizza party's turn into giggle fests and not going back to sleep.

- My kid is a pretty good travel companion as long as she doesn't hear the word no.