What I read in August

I finished 10 books in August and the majority of them were amazing!

The Marsh King's Daughter by Karen Dionne was our book club pick and we ALL liked it and we had so much to discuss.  It's very rare that we all finish and like a book so yay! This book is set in the Upper Peninsula of Michigan, a place I'm familiar with in a since that I am a Michigander who has traveled there a few times.  By no means an expert but I felt it was very well done.  It's been compared to Where the Crawdads Sing, and I liked it better.  If you were a huge fan of Crawdads and are looking for other books I'd also recommend The Girls in the Stilt House. 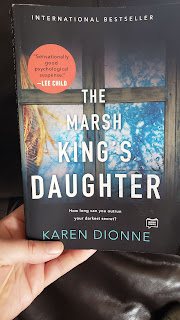 The Christie Affair by Nina de Gramont is actually our September book club pick but it came in my library holds earlier than I anticipated! I was delightfully surprised that this book while historical fiction, also had a bit of mystery involved.  I LOVED IT!  A couple books I read this month actually referenced Agatha Christie and it's pushing me into picking up a few more f her books to try.  This book gives a fictional account of what happened with Mrs. Christie went missing for a bit of time. 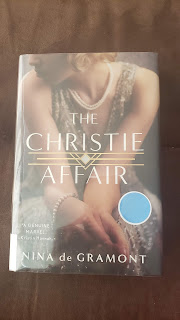 The Sanatorium by Sarah Pearse is another book club pick for October but my hold came in early for this one too.  I really liked this book about a police detective on holiday to this luxury hotel that used to be a sanatorium to celebrate her brother's engagement.  His fiance disappears and then there is an avalanche.  People are stuck in the hotel and more start disappearing.  And the bodies start being found.  Who did it? Why? Will they survive alone in a hotel snowed in? This one reminded me of One By One by Ruth Ware. 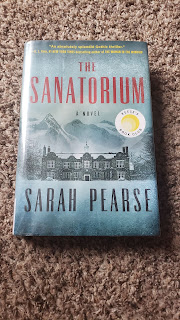 I also read With Love from London by Sarah Jio,The Art of Theft by Sherry Thomas, Cruelest Month by Aaron Stander and really enjoyed those. 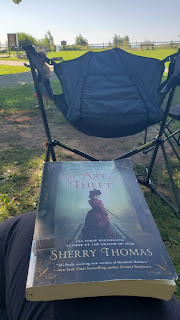 Anatomy: A Love Story by Dana Schwarz was a disappointment.  It didn't end up being what I thought, but it was a YA read with a strong female lead.

Switchboard Soldiers by Jennifer Chiaverni was also really good.  It is about women telephone operators in WWI that were recruited to go to France and help the United States military because the men they had working as operators were too slow and clumsy.  If you are interested in kick ass women in history (even fictional) highly recommend.  It is quite thick and gets into some WWI history, but I read it quite quickly because it was engrossing! Another good one about WWI is Band of Sisters. 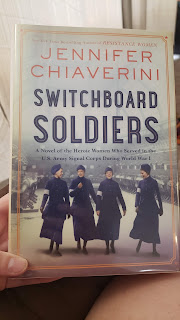 The Vanderbeekers of 141st is a middle grade book that I have wanted to check out for awhile and the beginning was a bit clunky but it was cute.  Not sure I’ll read the rest of the series.  But if you are looking for a book for a 4th grader I’d recommend it!

My last read of the month was Nine Lives by Peter Swanson.  I stayed up waaaay too late and read it one day.  Nine people got a letter in the mail with just their names on it.  Then they start dying.  It’s a  take on an Agatha Christie novel, And Then There Were None.  I had a few irritations with writing/character details but overall I really liked trying to figure out the who/what/why! 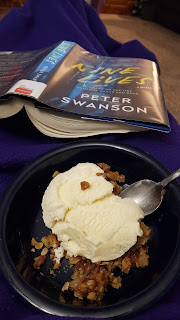 What did you read and enjoy in August?

Posted by The Many Thoughts of a Reader at Thursday, September 01, 2022