What I Read in June

I finished 10 books in June and I was quite impressed because I read a few very long books and at least one book drug out for a week because it was so disturbing.  It did help that I finished two of them on the 30th! 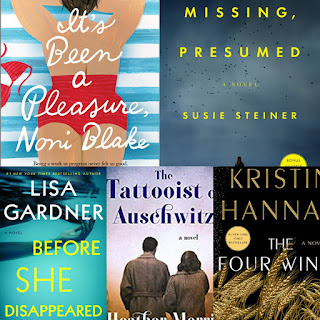 I think my favorite book this month is It's been a Pleasure Noni Blake by Claire Christian.  Noni, is recovering from a break up with her partner of nine years, Joan.  While talking with her best-friend she makes a should-have list and decides to track down these men and women to see what might have been.  After a few HILARIOUS encounters and some more tragedy she decides to take a leave from work for 6 months and seek out a person on this list.  From here, she learns a lot about her self, body positivity and how to live in the moment. GREAT vacation / beach read.

Before She Disappeared by Lisa Gardner is the start of a new series with the main character a recovering alcoholic who travels around the country working as an independent investigator trying to find missing people.  She is in Boston trying to find a missing Haitian girl in a gritty neighborhood and meets a bunch of interesting people.

The Tattooist of Auschwitz is based on the true story of Lale Solokov who enters Auschwitz and vows to make it out alive.  I find it so disturbing how humans treated each other.  And in the midst of all this inhumanity the simple kind gestures those inside Auschwitz still bestowed upon others.  It is so very hard to read and I feel like I owe people who have shared their stories my time to listen.  We need to do better, still.

The Four Winds by Kristin Hannah was a disappointment.  It went on too long and I think that coming right after she wrote The Great Alone, which I liked soooo much better, was just too much. 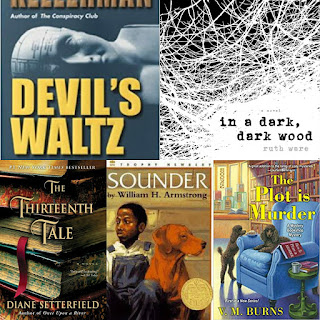 In a dark, dark wood was also a bit of a downer.  I read her book, One by One, and loved it so I thought I'd go back and read some others of hers.  It just seemed too far fetched of a premise to get people to show up in the same place and then too much deceit and how in the world would none of these people communicate so that they'd figure stuff out and I just couldn't get on board.

The Thirteenth Tale was hard to get into and it did get better but I did do a lot of skimming.  I am not a reader who reads for the love of words.  Or gothic reads.  Or ghost or eeries tales.  So parts of this were really good and parts I was like ooookay.

Sounder was a read aloud with my oldest and its just so depressing and sad.  We are actually watching the movie together today to compare them.

What were your favorite June reads?