What Books To Give Kids This Holiday Season

Clearly there are tons of books.  I will not be recommending all of the amazing ones out there.  I also tried not to re-recommend any from last year.  (Which are all still good ideas!) But here is just my unique input into a season of gift giving when you realize you have no idea what to give someone.  Or you remember someone at the last minute.  Books never let me down.  I love giving books and getting books.  Goodreads is awesome for this too, if you are connected with someone and you can find an obscure book they marked as want to read if you are concerned they may not like it.  If it’s a duplicate to one they own, eh it happens! Books are meant to be shared, they can pass it on.

For the history loving kid

Who Was Series and I Survived series...

If you happen to know what part of history they are interested in use that as your guide to figure out which one in either of these series to get them.  They do not go in order so you can pick and choose.  At a loss?

These have been read, approved, and 5 starred by my reader.. 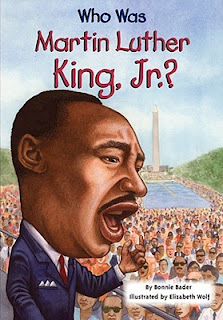 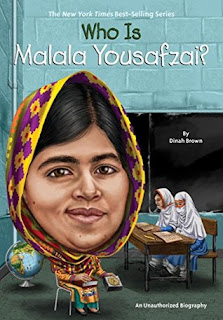 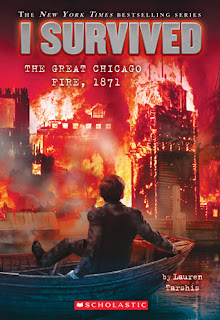 Not in a series, but also 5 starred by 8 year old is Malala: My Story of Standing up for Girls Rights.  She also enjoyed the Addy series from the American Girl books, Little House in the Prairie books, Blast from the Past series, and various picture books about famous people she took an interest in. 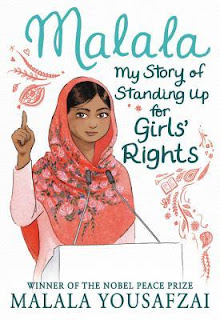 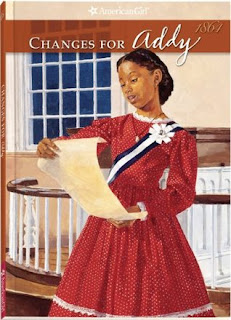 Boxcar series.  We read the first book together and then my daughter went crazy reading this series.  You don't necessarily have to read it in order, but they do sell boxed sets of the first 4 to get your reader started.  Which, is what she got for Christmas last year that helped.  When starting a kid on a series, I do try to get them a boxed set of the first few if affordable, because if they get started and love it, they can continue on right away and keep the love of the series fresh!

Cam Jansen series.  Quick and easy reads.  Really good for the 1st-2nd grade crowds.  It also has a girl main character, which I like, but is great for girls AND boys. 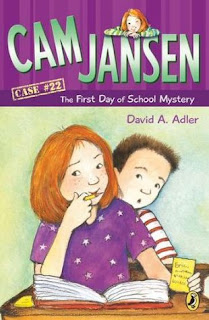 Ada Lace series.  This book features an 8 year old girl who is a scientist, and inventor who also happens to be good at solving mysteries! 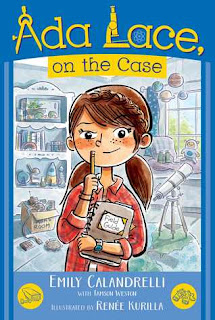 I'll be honest, I am not a huge fan of these, but my kiddo got into them this year and while they are still not my cup of tea, they sure get some readers excited!

Dog Man series by Dav Pilkey, I'm actually gifting the first 4 in a boxed set to my 7 year old nephew for Christmas.  This series is a hot ticket in the 1st-3rd crowd.  My kids school library and my public library have a hard time keeping these books on the shelves because the kids love them.  He had a new one in the series come out on December 10th, so if you know a kid who loves the series, it may be a great holiday gift!  My kiddo is actually getting a whole to draw book from this author, as she started making her own graphic novels this year and saw it on Amazon as an idea.

Zita the Spacegirl series by Ben Hatke is also a hot ticket at our local public library! It took awhile for my kiddo to complete the now 4 book series. 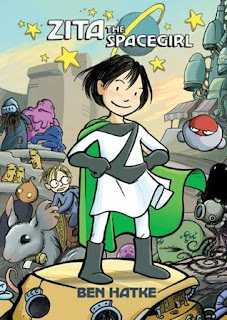 "Zita's life took a cosmic left turn in the blink of an eye.
When her best friend is abducted by an alien doomsday cult, Zita leaps to the rescue and finds herself a stranger on a strange planet. Humanoid chickens and neurotic robots are shocking enough as new experiences go, but Zita is even more surprised to find herself taking on the role of intergalactic hero. Before long, aliens in all shapes and sizes don't even phase her. Neither do ancient prophecies, doomed planets, or even a friendly con man who takes a mysterious interest in Zita's quest.Zita the Spacegirl is a fun, captivating tale of friendship and redemption from Flight veteran Ben Hatke. It also has more whimsical, eye-catching, Miyazaki-esque monsters than you can shake a stick at."
Board Books

Dream Big Little One by Vashti Harrison is probably our most read board book.  I've read it a few times but Isla picks this one to read to her sister multiple times a week. We all like it and we've even googled people we do not know! 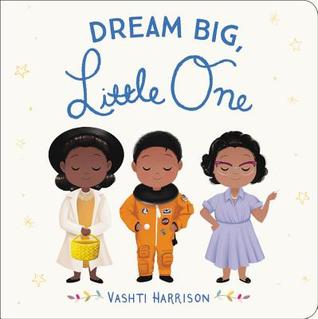 5 Little Monkey's Jumping on the Bed is a current Adeline favorite.  She looks at the pictures and smiles! So it's a winner! 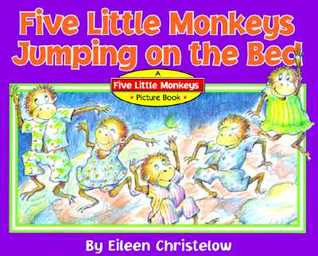 Down by the Bay is another current winner at our house.  Probably because of the singing that goes along with it! 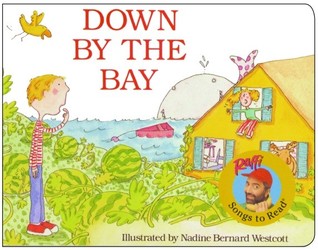 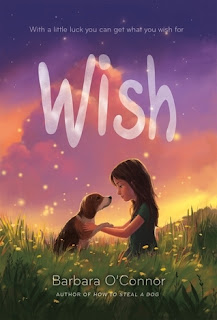 "Eleven-year-old Charlie Reese has been making the same secret wish every day since fourth grade. She even has a list of all the ways there are to make the wish, such as cutting off the pointed end of a slice of pie and wishing on it as she takes the last bite. But when she is sent to the Blue Ridge Mountains of North Carolina to live with family she barely knows, it seems unlikely that her wish will ever come true. That is until she meets

Wishbone, a skinny stray dog who captures her heart, and Howard, a neighbor boy who proves surprising in lots of ways. Suddenly Charlie is in serious danger of discovering that what she thought she wanted may not be what she needs at all"


Sideways Stories from Wayside School by Louis Sachar (1st in a series!)

"There was a terrible mistake - Wayside School was built with one classroom on top of another, thirty stories high (The builder said he was sorry.) Maybe that's why all kinds of funny things happened at Wayside-especially on the thirteenth floor."

The World According to Humphrey by Betty Birney (1st in a series!)

"You can learn a lot about life by observing another species. That’s what Humphrey was told when he was first brought to Room 26. And boy, is it true! In addition to having FUN-FUN-FUN in class, each weekend this amazing hamster gets to sleep over with a different student, like Lower-Your-Voice-A.J. and Speak-Up-Sayeh. Soon Humphrey learns to read, write, and even shoot rubber bands (only in self-defense, of course). With lots of friends to help, adventures to enjoy, and a cage with a lock-that-doesn’t- lock, Humphrey's life is almost perfect. If only the teacher, Mrs. Brisbane, wasn’t out to get him!"

Like I said, there are tons of excellent books out there and I'm sure I will kick myself for not mentioning one of them after this posts!

Are you giving books as gifts? What is your recommendation for a kid who likes mysteries? Graphic Novels?


Posted by The Many Thoughts of a Reader at Wednesday, December 11, 2019