This is my fifth installment of this series, you can find the 4th here. 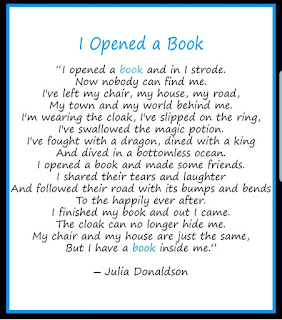 2. This Book Riot article shares 2019 YA and middle grade books that have Asians on the cover.  I'm interested in reading The Downstairs Girl by Stacey Lee.

Description: By day, seventeen-year-old Jo Kuan works as a lady's maid for the cruel daughter of one of the wealthiest men in Atlanta. But by night, Jo moonlights as the pseudonymous author of a newspaper advice column for the genteel Southern lady, "Dear Miss Sweetie." When her column becomes wildly popular, she uses the power of the pen to address some of society's ills, but she's not prepared for the backlash that follows when her column challenges fixed ideas about race and gender.
While her opponents clamor to uncover the secret identity of Miss Sweetie, a mysterious letter sets Jo off on a search for her own past and the parents who abandoned her as a baby. But when her efforts put her in the crosshairs of Atlanta's most notorious criminal, Jo must decide whether she, a girl used to living in the shadows, is ready to step into the light.

3. A debut Michigan author got a seven figure deal!! Angeline Boulley is an enrolled member of the Chippewa Tribe from the Upper Peninsula! Her book, The Firekeepers Daughter, explores the question of identity in the Native American communities.  The premise is a teen girl of mixed heritage who is unenrolled from her tribe and feels like an outsider in the tribe and out in the local community.  She is her class valedictorian but is not going to college, and will instead be her mothers caretaker.  Sounds intriguing! And I love supporting localish authors!

4. I was looking for bookish gifts to get the 8 year old for Christmas and I came across these adorable socks! On one foot it says Do Not Disturb and on the other it says I'm Reading, with a picture of a book! So perfect for her!

5. I'm not sure if you are aware of the kerfuffle on Twitter a few weeks ago because of a Sarah Dessen tweet about a woman who had been quoted in a newspaper about joining a committee to keep a Dessen book off her university's Common Read program.  This article by Jezebel sums it up and offers some perspective on the situation.   I can see both sides of this, but agree with author Jodi Picoult who said,

“To not speak up about this incident isn’t just demeaning to Sarah. It’s demeaning to women, period. Want to fight the patriarchy? Start by reminding everyone that stories about women are worthy, that they matter, that they are necessary."

The woman's comments were that Dessen's books are good for 'teen girls' but not for a Common Read.  Which, fine have that opinion, but to dismiss books because they are 'for teen girls' is a ridiculous statement.  So is joining a committee if your sole purpose is because of that.  Have favorite authors, favorite genres, but really hating on a specific one? It's kind of like the worst of lists.. Perhaps, just don't.  I've been guilty of that in the past but I mean, celebrate what you like and enjoy without demeaning the 'other.'

What some bookish things you are loving right now?

Posted by The Many Thoughts of a Reader at Monday, December 09, 2019