I've been super busy lately.  Work has been insane.  Social life has been insane.  Family life has been insane.  I'm looking forward to a relatively better week.  By better week I mean I only have book club, a field trip, half-day training with time to work in my classroom on Friday, Halloween and then a weekend with no hard commitments.  It's been a month.  Basically, it's been a fall!  But, I love busy.  I just hate when it keeps me away from my loves.  My loves  being my kid, books, my blog, friends, alone time and a clean semi-non messy house with laundry caught up. 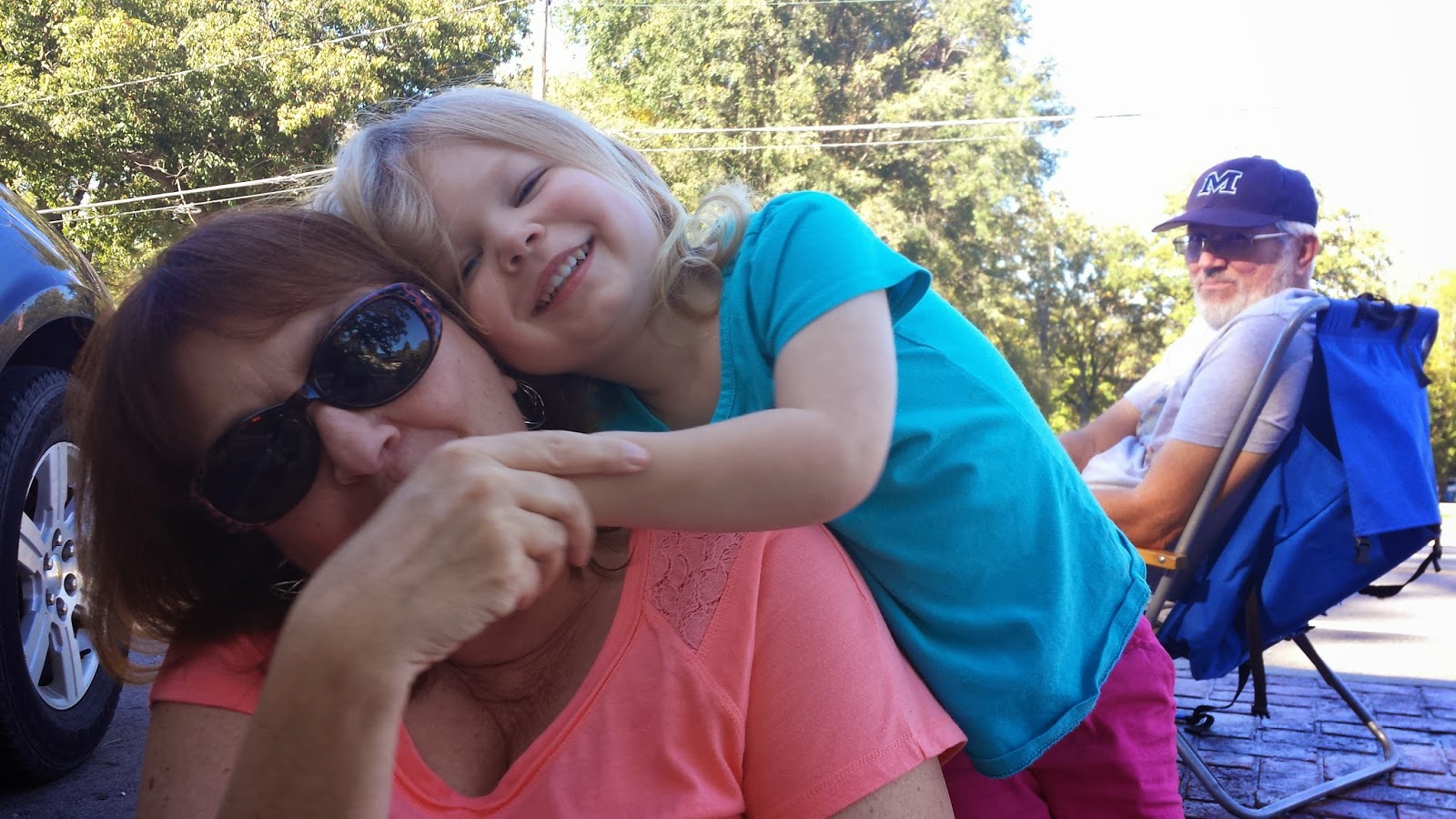 A MONTH ago, my school had homecoming and we enjoyed the parade with my parents.  After the parade in my hometown we headed to my husband's hometown and enjoyed our favorite nachos at our favorite establishment there and then went to the football game in that town to see his old high school team play against their rival.  That was surprisingly the child's first live football game.  She was in a mood that was probably caused by a long day and then a parade, some candy, sitting through dinner and then an outdoor event near bedtime. 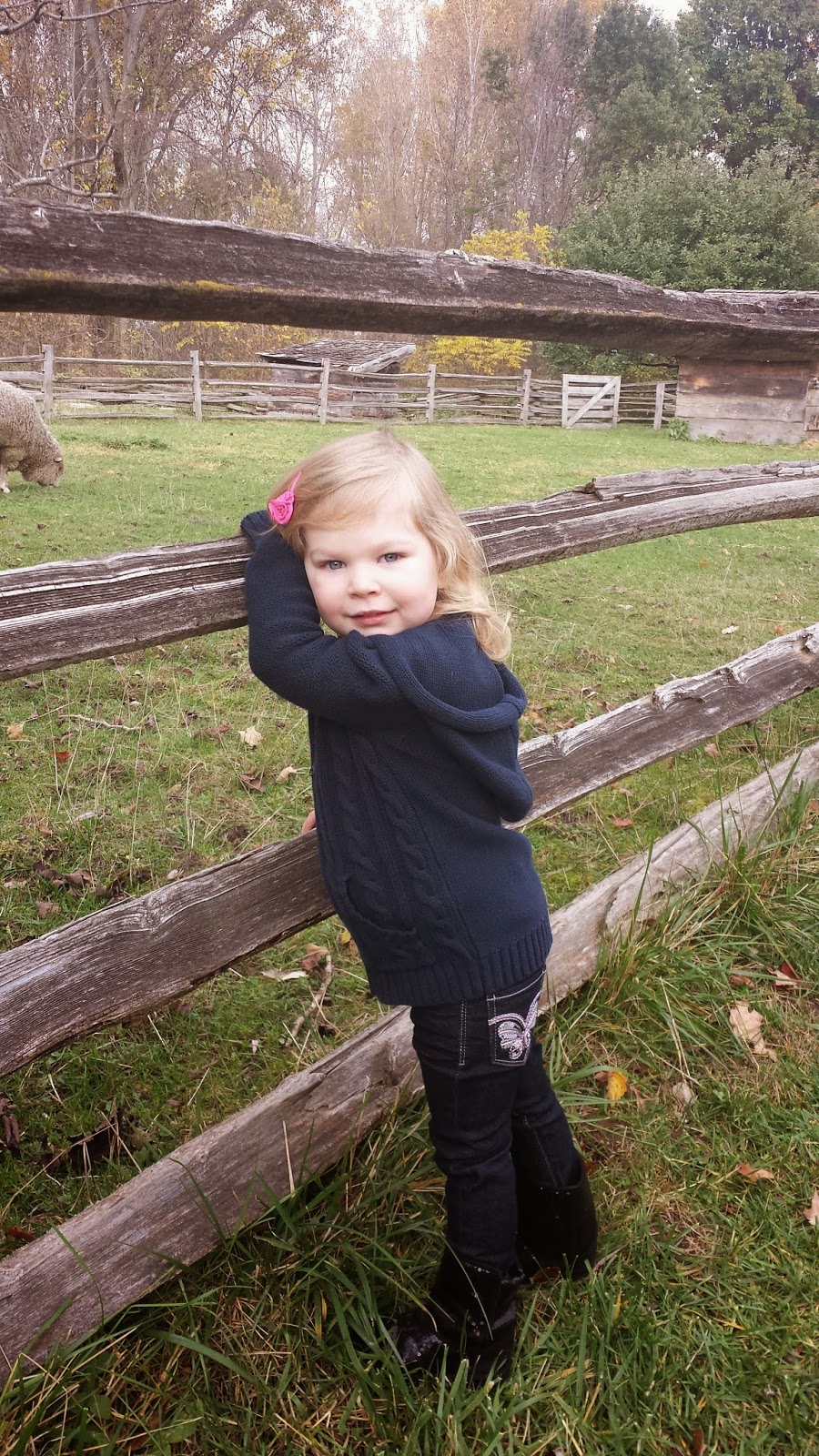 In the middle of this month we had family pictures taken.  This was on my cell phone while we were waiting for the photographer.  This is at her school and she was telling us about the 'field trip' they had taken to the farm and how there were 2 goats.  I was not super impressed with our family pictures but I was thrilled with a couple of shots of the kiddo. 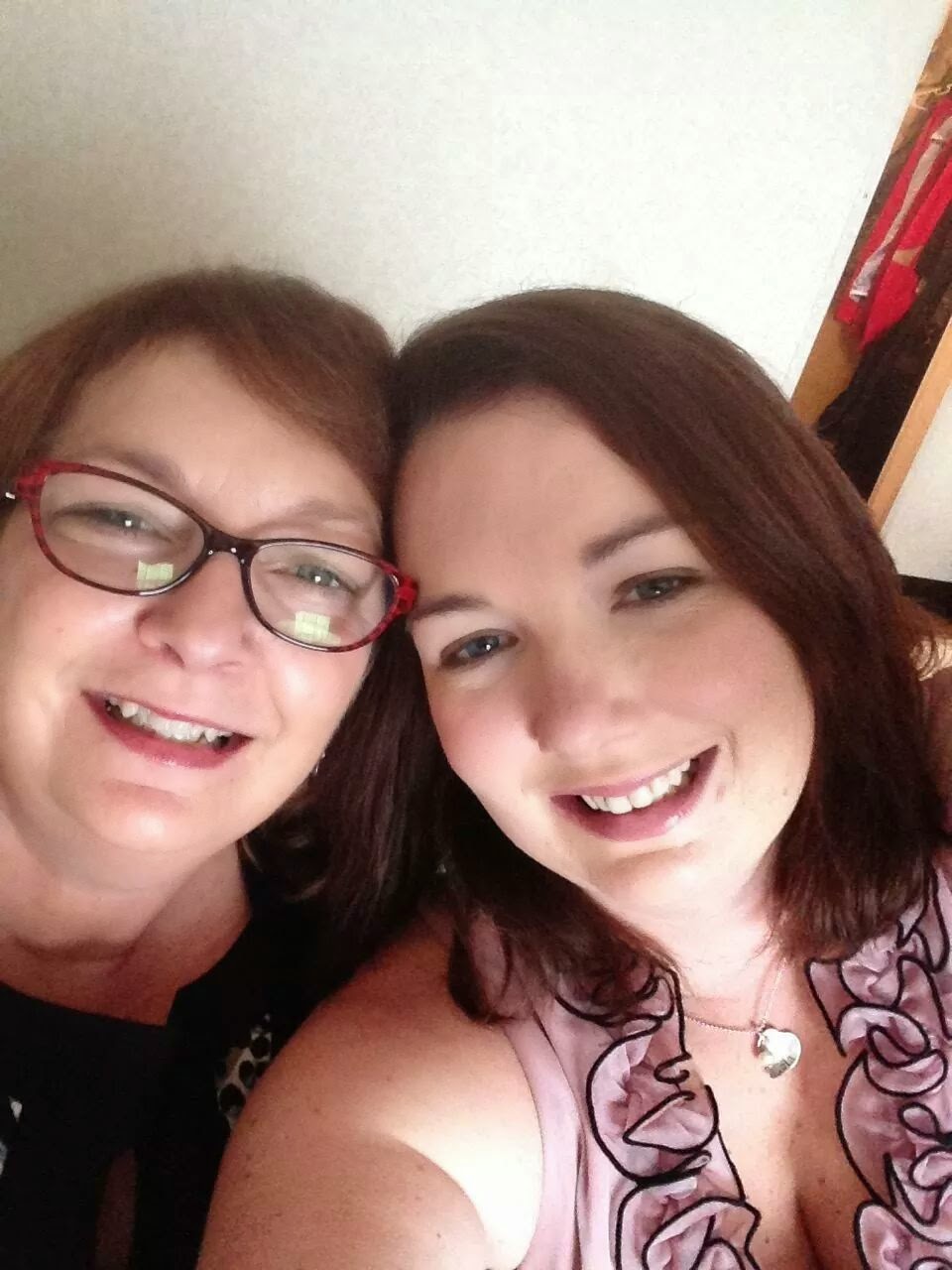 I spent a weekend in the Louisville area with my parents to attend a wedding of a family friend.  My mom and I decided we needed a selfie to capture our beautifulness before the wedding.  I also felt like crap this weekend and ended up in urgent care that Monday because of a severe abdominal /back pain that never was truly explained away but answers given were NOT pregnant, NOT a UTI and nothing showing up on an ultrasound.  But it was bad.  I have a physical scheduled with my midwife practice but couldn't get in until December.  To say I am a bit worried is an understatement. 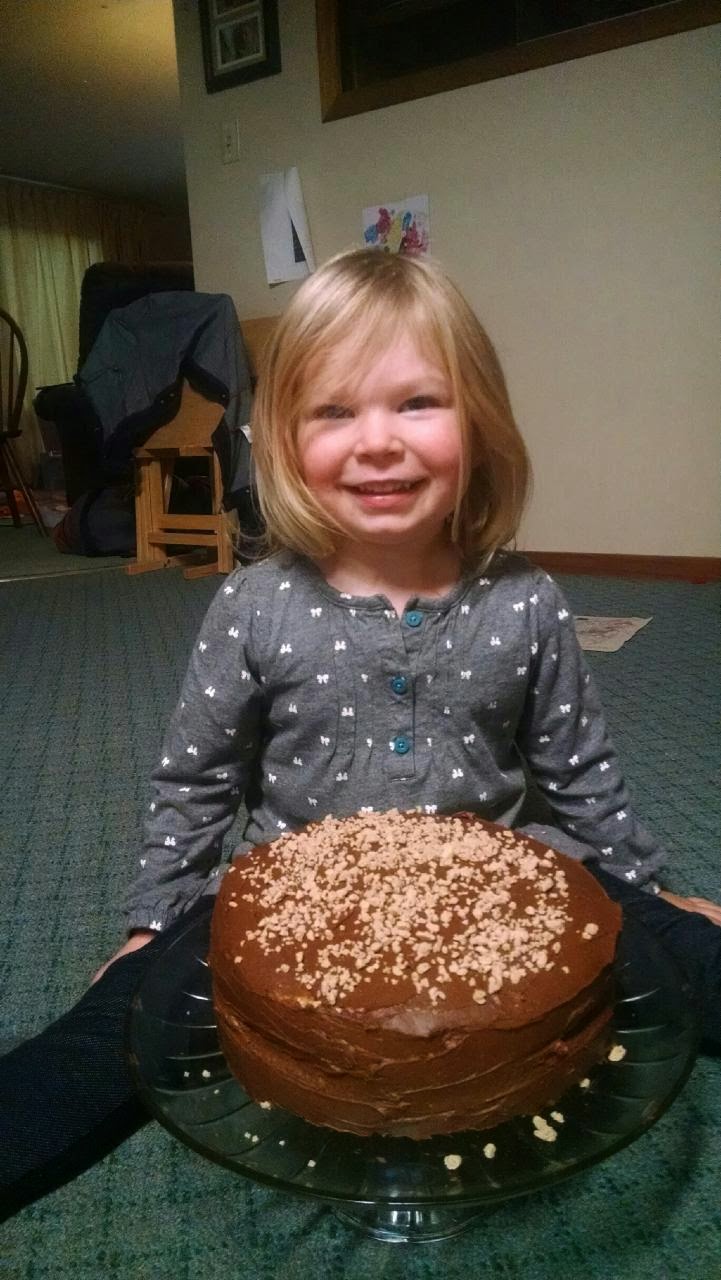 While I was in Louisville, this cutie made a cake with her dad. 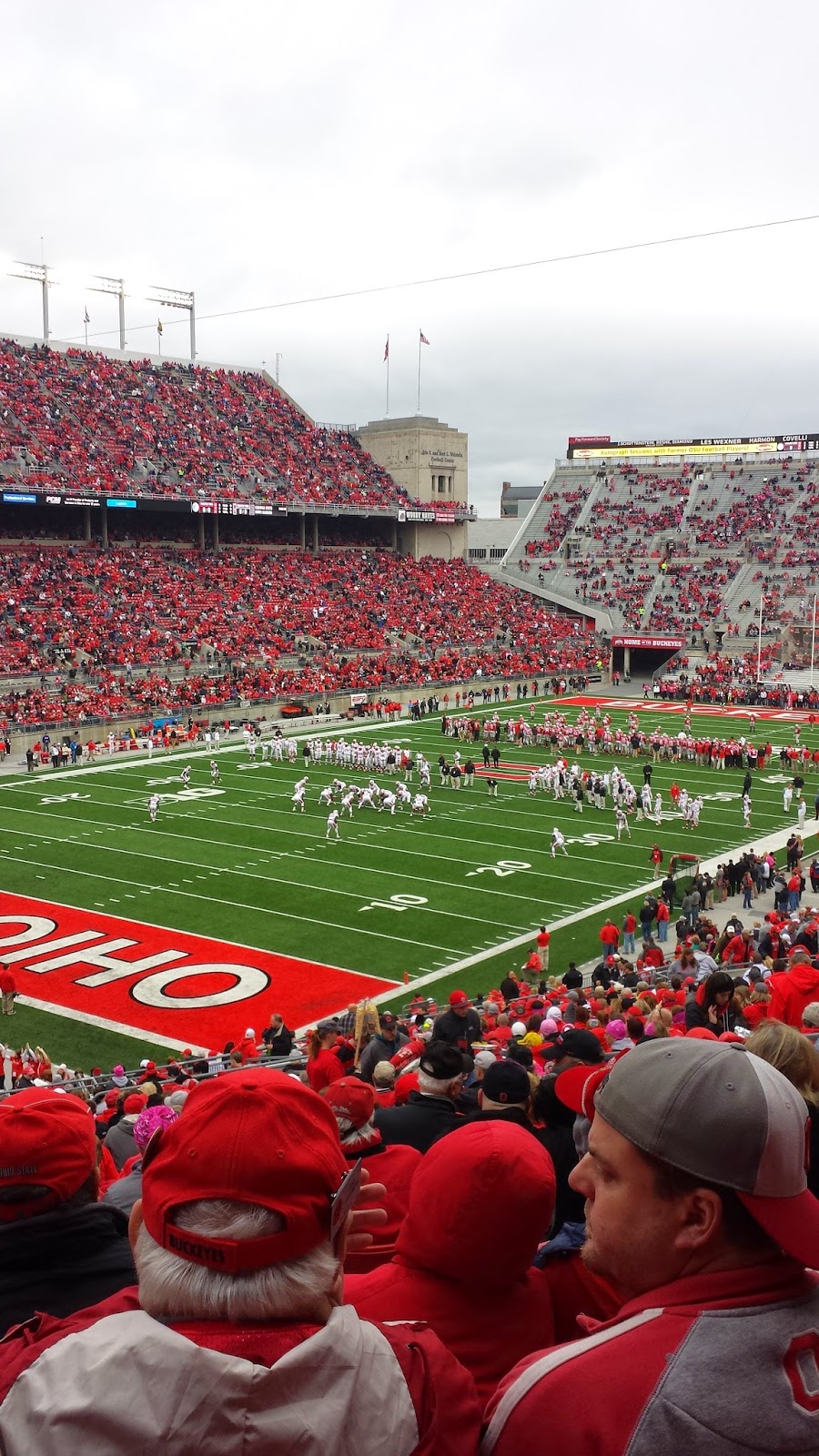 I also got to spend two days with my dad to travel to Ohio for a football game! We got to eat our favorite pizza together on Friday night and then tailgate with friends and go to the game on Saturday! I love that place! It is just magic.  If I could bottle fall Saturday's on OSU's campus for a bad day, I would! 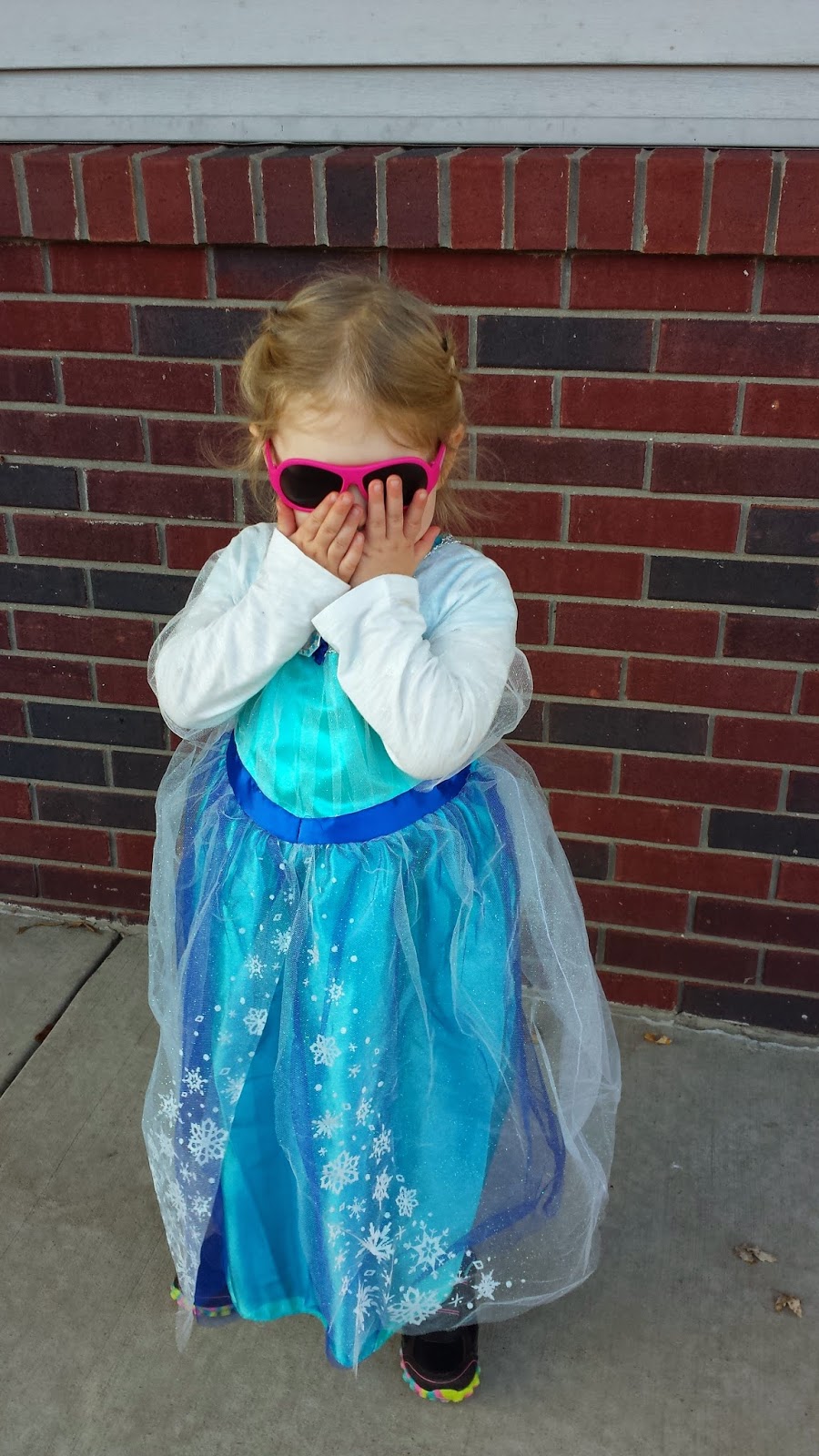 Our town has an annual Pumpkin Festival where they have TONS of free activities for families.  We met up at my husband's downtown office for a pizza picnic before we took the snow queen to the festivities.  We did the trick or treating and played two games but it was super crowded and we aren't really at the stand in a long line for fun age.  The parents stopped at the local taproom for a growler on our way out of downtown. ;) 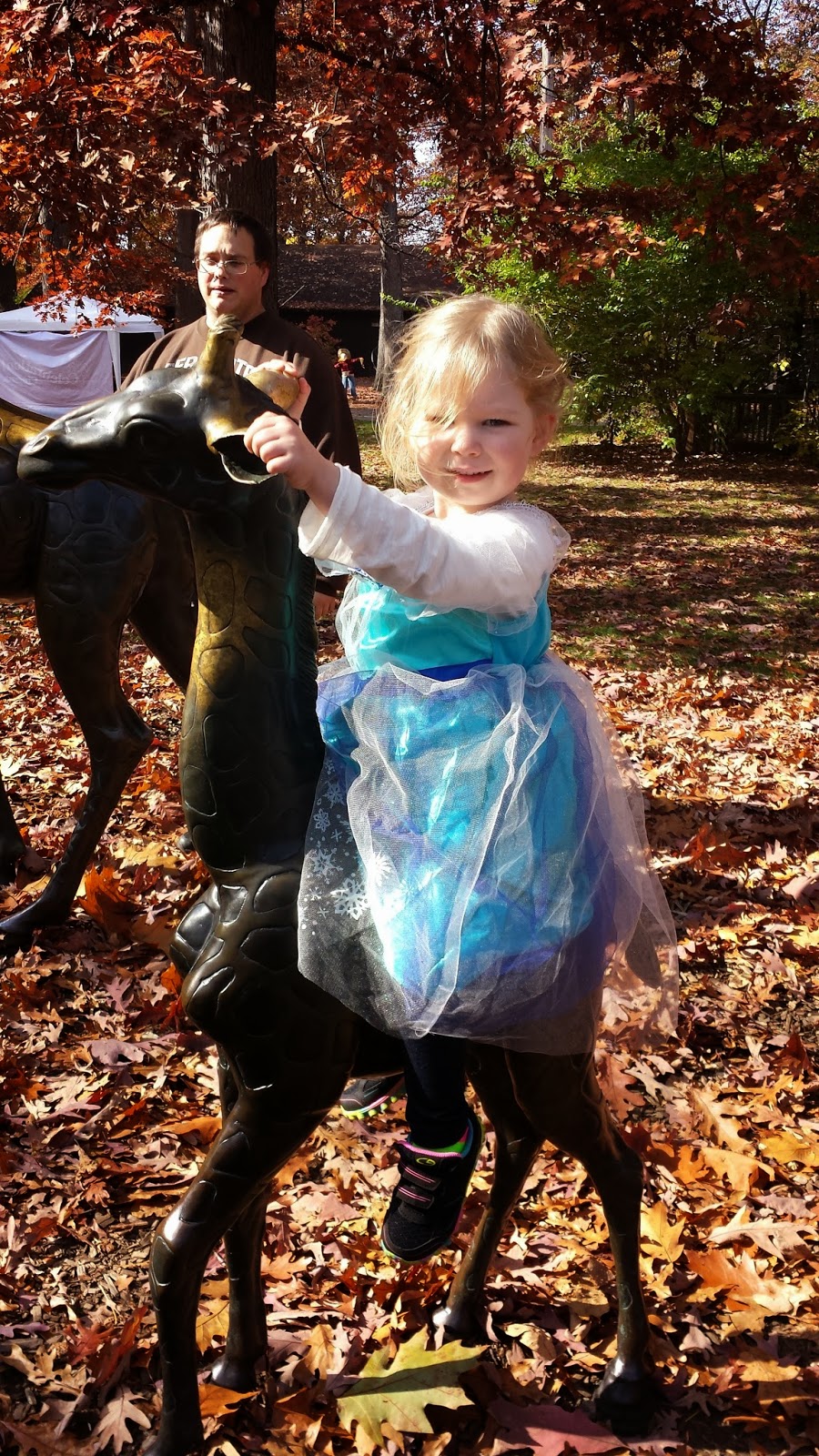 My sister-in-law and I took our kiddos down to Lansing to the Potter Park Zoo for their Zoo Boo and the kids had a riot.  I totally credit her cousin for her even attempting to sit on top of this to take a picture.  She's not a risk taker. 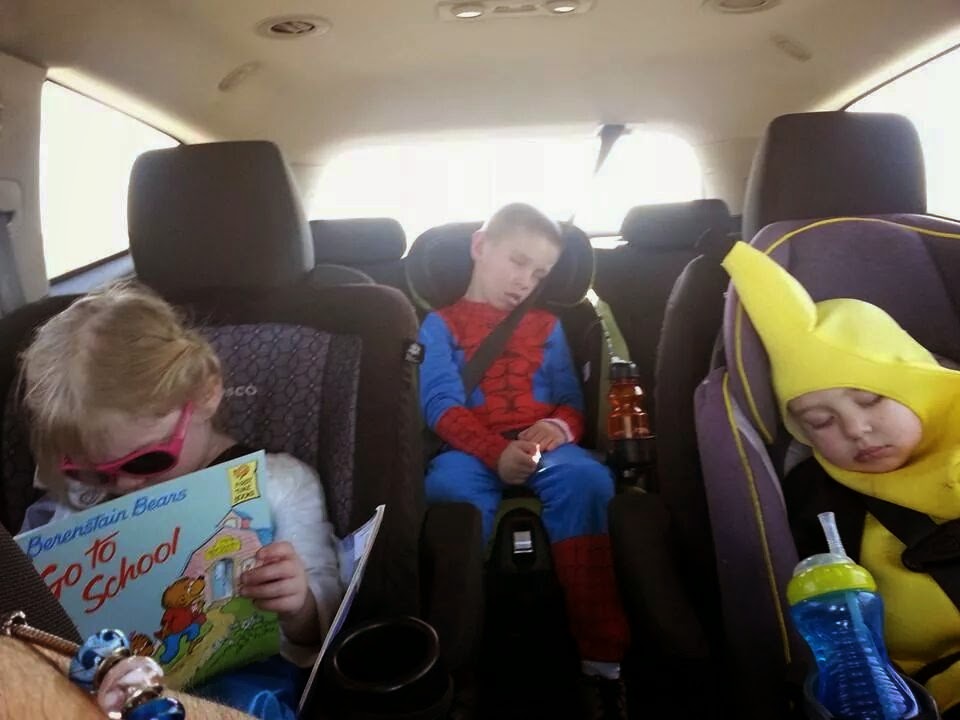 On the way back they passed out quickly! My kid was trying to channel weekend at Bernie's here.  I was dying at the book placement while passed out! 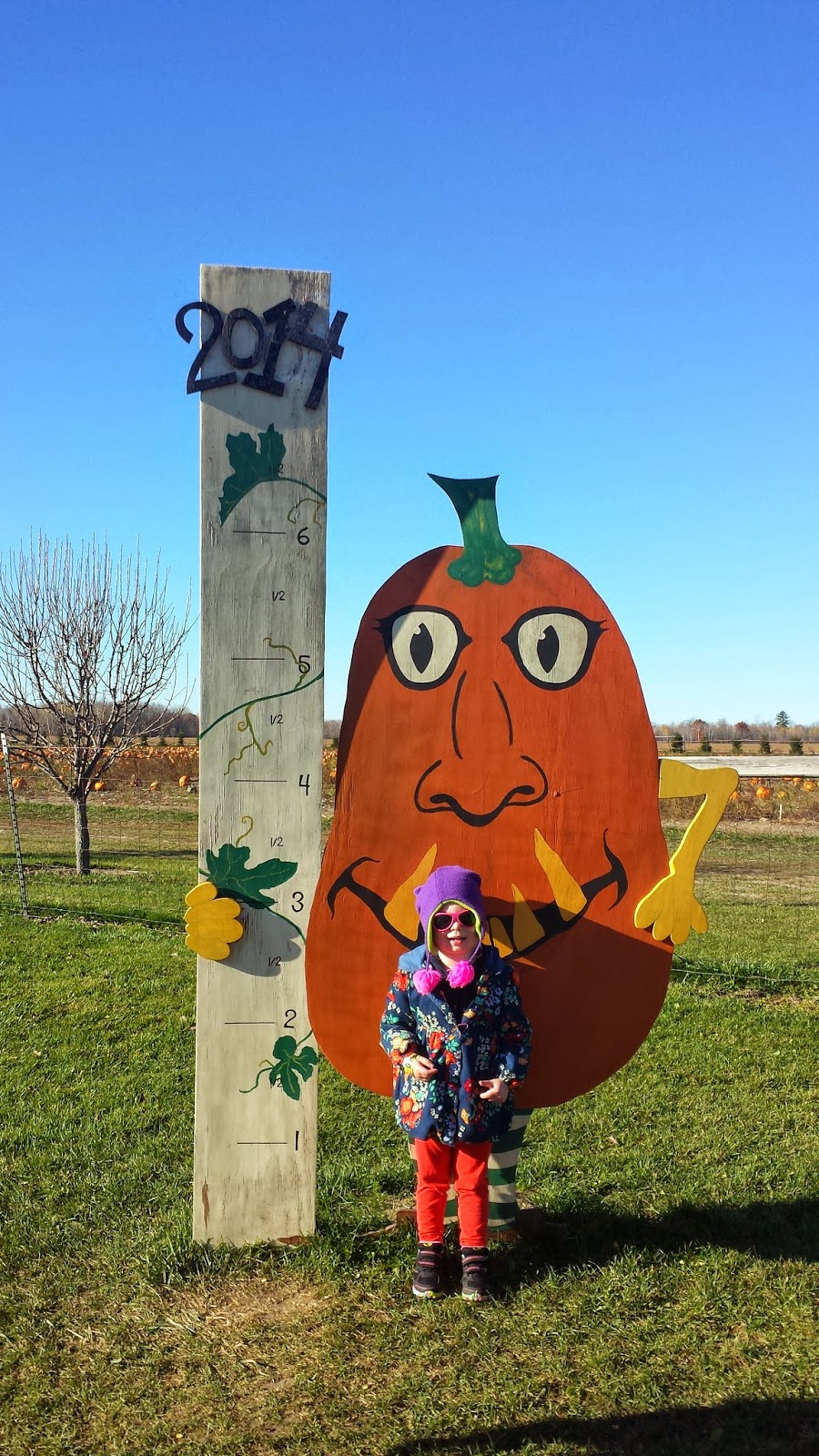 To continue with our fall fun my mom and I took the little one to a pumpkin farm to check out some animals and pick out a carving pumpkin because the pumpkins our garden grew were not big enough to carve. ;) We may have also got donuts and hot chocolate.  It was a good fun morning.

I do have some sad news to end with unfortunately.  My grandpa who suffers from dementia has been diagnosed with three different cancers and has been moved to a hospice facility in a VA hospital.  I'm trying to process this as best I can while also trying to help process this as being the mother of a three year old who also loves her great papa.  It's so hard.  And it sucks.  And it's so not fair.  Dementia nor the cancer.  And I hate them both and it's awful.  I just don't really have the words to process yet.  Just the tears. Grandparents, special people they are for sure.

Here's hoping November treats us a tad gentler than our busy, fun, crazy, stressful October.
Posted by The Many Thoughts of a Reader at Monday, October 27, 2014