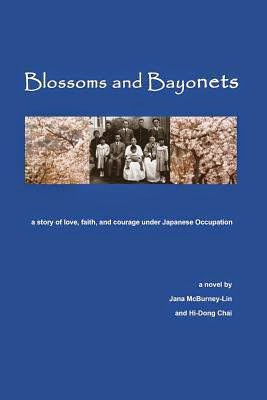 Oh my goodness.  You know when a book brings you out of a reading rut? Wow.  I was interested in the book when I heard about it but then I started it and man, I didn't want the story to end.

It is set in South Korea during WWII.  It changes perspectives between two brothers and their mother.  At first the mixture of Korean words had me checking the cheat sheet at the front of the book but then I got it.  It was never hard to tell the narrator's apart and I appreciated the different viewpoints.  My only complaint was that we didn't get to follow along with the oldest, He-Seung while he worked for the Japanese doing grunt work during the war.  I think that story would have been interesting if not disgusting to hear.  However, it is based off the life of one of the author's and he was not the brother who was conscripted so that may be why.

This was a chapter in WWII history that I have not read a lot about. It was very interesting to learn about how the Japanese treated the Koreans and how people's lives were ruined in South Korea during this time.  It was just a beautiful story and my words cannot do it justice.  I find it harder to glow about books that I enjoy than books I didn't really care for!  And one of my favorite signs of a good book, I was SO not ready for it to end!

Description: Hi-Dong Chai and Jana McBurney-Lin, the award-winning author of My Half of the Sky, turn their hands to a remarkable story of a family and country torn apart by outside forces. The time is 1942, the place, Japanese-occupied Seoul, Korea. Fifteen-year-old He-Seung is full of fire, ready to take on these Japanese...if only he could convince his father, a Christian minister more concerned about saving his flock in a time when Emperor-worship has become mandatory. Since occupation, the Japanese have eradicated the Korean language, names, even the country's flower. Now they are seeking Korean boys as volunteers for their army. When his father is arrested by the Japanese, however, He-Seung must swallow his hatred of the enemy and volunteer for the military. Even harder, he must leave his mother and baby brother He-Dong to fend for themselves. Based on a true story, Blossoms & Bayonets is suffused with the tense atmosphere of the period. The story lends an eyewitness perspective to events as they unfold. revealing an era of nuance and complexity. The result is a work that speaks volumes about the power of faith.

I found the religious aspects of the book very interesting as well.  Especially since the narrator's were Christian and that was what got them into their predicaments as they Japanese were promoting emperor worship only.  I also liked reading the quotes at each chapter beginning from different sources throughout the time period on the state of the war.

Highly recommend it! I just can't really say it any better than that!

Have you read any books set in Korea before? About the Koreans during WWII?

I received this book from TLC tours, all thoughts and opinions are my own!